FYI, I Cannot "Demand" Respect From Men so Stop Telling Me That! 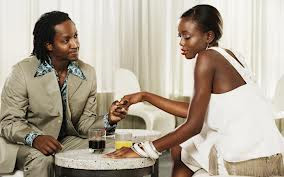 Many girls are told from a very young age that it is their job to demand respect from men. Although the logic behind this is hardly ever teased out (mostly because it becomes illogical once you really think about it) this is the message we get.

Most girls are relentlessly told that we will be treated how we demand to be treated. If we want respect, we must respect ourselves.

This does three things. Firstly, it gets men off the hook for being held accountable for how they treat women. And secondly, it makes women feel that the mistreatment and sometimes outright violence they face due to their gender is primarily their fault. And thirdly, it positions women to be unable to speak out against sexism because we are made to believe any sexism we experience would not have happened if we had done something differently.

I cannot demand a man to respect me. No more than I can demand that anybody do anything. I can ask men to be nice to me. But chances are if I even have ask the man he does not care to be nice. I can express displeasure when I'm not being respected. But that doesn't solve the issue that I was disrespected in the first place.

I can choose to not deal with a man once he proves to be disrespectful and/or sexist. But even that does not solve the initial problem of the fact that I had to experience being disrespected in the first place.

As a young girl, I wish that instead of being told that I needed to demand respect from men that I had been told that when I am not respected by men that it's his fault and not mine. But that would require that we quit having numerous arbitrary standards for what it means to be a "respectable" woman. It would mean that I am not judged as deserving violence based on how I speak, what I wear, what I do, and who I am.

We haven't been forward thinking enough to take this step. As long as a woman being treated human comes with a plethora of conditions we will be continually told to demand respect from men.

Even though we know that we can't demand respect from anybody determined to disrespect us.

So we are stuck wondering if it's our fault when we experience sexist microaggressions. Which of course distracts us from attributing blame where it actually belongs.


How has being told that you need to demand respect from men impacted you? Leave a comment!

Book of the Week: